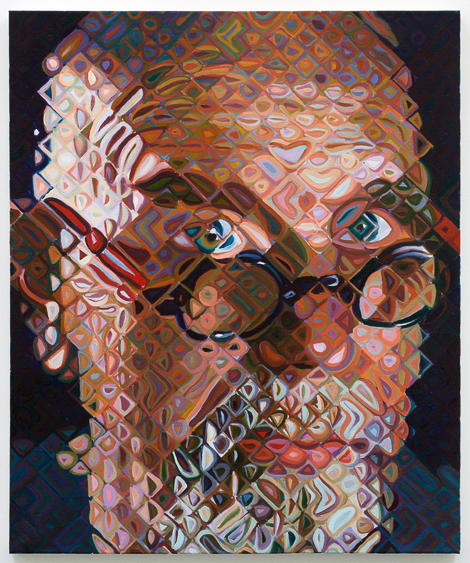 In May of this year, headlines trumpeted that the contemporary art auctions in New York hit a new record of over $1.2 billion in sales for the major auction houses. There’s no doubt that a fair number of sellers of these marquee artworks were California residents. And that means that hundreds of thousands, perhaps millions in those proceeds, were due to the artists under a little-known (and now challenged) California law. Even though these sales by California sellers were made in New York, the artists would have been entitled to a 5% royalty on the sales price under the California Resale Royalty Act (CRRA).

But the artists will probably not receive their 5% any time soon since the major auction houses were involved at the time in a federal class-action lawsuit concerning that law, enacted in 1976, which awards fine artists their 5% on re-sales anywhere in the country, as long as the seller resides in California.

That lawsuit was brought in 2011 by a group of fine artists, including Laddie John Dill and Chuck Close, on behalf of all artists in the class, who sued the major auction houses and eBay claiming that they routinely neglected to withhold the 5% due them from sales by Californians. In May 2015, the U.S. 9th Circuit Court of Appeals ruled in Sam Francis Foundation v. Christies that the CRRA applies only to secondary market sales within the state of California. This outcome puts the California art business at a distinct disadvantage to the rest of the states, which have no such law. I believe that if a pending federal resale royalty act has no chance of being enacted, then the CRRA should be repealed by the California legislature.

The CRRA (Civil Code section 986) provides that an artist is entitled to a resale royalty of 5%, if the gross resale price is at least $1,000 and sold for more than the seller paid. If sold by an agent, such as an auction house or dealer, that agent must withhold the 5% royalty. The law covers “an original work of visual art” such as a painting, drawing, sculpture or original work of glass. The royalty applies if either the seller resides in California, or the sale takes place in California—but only if the artist is a U.S. citizen or a California resident for at least two years and when the work is sold during the artist’s lifetime, or within 20 years of his/her death. If the seller can’t locate the artist, the royalty must be paid to the California Arts Council which must hold the funds in trust for the artist for at least seven years. Artists may sue sellers and their agents such as auction houses for non-compliance and receive attorneys’ fees if they prevail.

The CRRA is based on an established French legal concept known as droit de suite which recognizes that artists should be compensated for resales of fine art. Currently, about 70 countries grant such right, including much of the EU, but since the U.S. does not have such a law, the American artists do not participate in any available revenues collected in foreign countries, nor do foreign artists benefit from American resales.

Unfortunately, during the almost 40 years the CRRA has been law, few California artists have received the statutory royalty—all too often ignored by sellers in the secondary art market. Sales at auction houses and on eBay are much more transparent and documented, making them the best targets for the artists’ litigation.

The federal court decision struck down only the portion of the law that applied to resales outside California, contending that part violates what is known as the Dormant Commerce Clause, a constitutional doctrine barring states from burdening interstate commerce. The 9th Circuit majority stated that “If a California resident has a part-time apartment in New York, buys a sculpture from a North Dakota artist to furnish her apartment, and later sells the sculpture to a friend in New York, the act requires the payment of a royalty to the North Dakota artist— even if the sculpture, the artist and the buyer never traveled to, or had any connection with, California.” To eliminate this burden on interstate commerce, the court’s decision limited the law to in-state California resales only.

The immediate fallout from the decision is that the secondary market in California will be distinctly disadvantaged. Obviously, not many sellers of valuable pieces of art will want to sell through a California gallery, auction or art fair, and have to pay 5% of the proceeds to an artist, when they can sell it elsewhere without having to pay the fee. Art consultants, then, would most likely advise their California collectors to sell out of state. The unfortunate but logical solution for the benefit of the entire California art market, including artists who depend on it, would be to repeal the CRRA.

I spoke with Bill Turner of Santa Monica’s William Turner Gallery about the implications of the decision. An art dealer for over 24 years and a former member of the California Arts Council, Turner is also a lawyer and a board member of California Lawyers for the Arts, which advocates for artists rights. He has considerable experience with the intricacies of the CRRA. Turner worries that if the law is restricted to resales within California, it could drive sales away from the state: “We could lose in a big way with this decision. California’s cultural institutions, collectors, art galleries, dealers and most importantly, artists, may now be left at a competitive disadvantage. Sellers will have a new incentive to sell their art out of state, and auction houses will have a new enticement to poach works from California.”

A preferable resolution would be to enact a federal bill like the one introduced last year, known as the American Royalties Too (ART) Act, that would apply nationwide. The royalty would be limited to the lesser of 5% of the purchase price or $35,000. The primary sponsors of the legislation are Democrats, so it is unlikely that the Republican Congress will enact it any time soon, even though the bill is more modest than the California law. The 9th Circuit decision could still be appealed to the Supreme Court. It’s unknown whether the Supreme Court would grant review and, if it does, how long the entire process might take.

Meanwhile, will California art dealers and gallerists just sit and wait, or will they seek relief in Sacramento by asking the state legislature to repeal the CRRA?