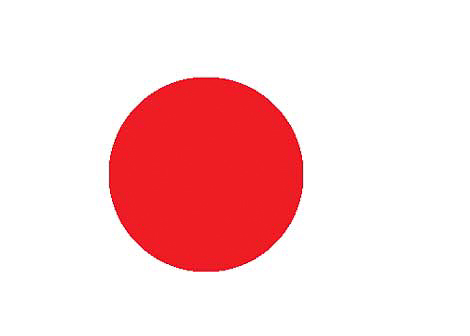 Art Basel Miami was such a social swirl (what did that Miley Cyrus concert at the Raleigh Hotel have to do with art?), that it’s hard to remember the actual works of art that were on display. Collectors jostled to be seen at the first Art Basel viewing at 11 a.m. You dare not show your face at the next opening at 3 p.m. for fear of being regarded as a second-rate collector.

It made you wonder if it was really sold, or if they just couldn’t be bothered to tell another looky-loo the price.

But if you were thinking of buying that Damien Hirst butterfly piece hanging in one of the world’s premier gallery’s booths, you wouldn’t know for sure if it was sold or not—red dots were virtually nonexistent at Art Basel Miami. And as for prices, they were rarely posted by Art Basel galleries. If you asked the price, dealers often dismissed your inquiry with a curt: “It’s sold.” It made you wonder if it was really sold, or if they just couldn’t be bothered to tell another looky-loo the price.

Undoubtedly, the real reason for the disappearance of posted prices is that ambiguity in pricing works better for these dealers. I decided to ask several Art Basel dealers about the lack of posted prices or price lists. Some gallerists told me it’s too “crass” to label art with a price, others that “this is art, not commerce.” An assistant director at one of the world’s top galleries quoted me the price of a work and in the same breath said he could “do better if I was really interested.” Not much different from a used car salesperson.

Another dealer said she had a price list somewhere, but she couldn’t find it. Oh, but if I waited, she could print one out for me—maybe. Astonishingly, a couple of major Art Basel galleries could not be bothered to label the artwork at all, not even the title, year, or the name of the artist. Of course, we are supposed to know it’s a Koons or a Kapoor, right?

The less glamorous satellite shows had more transparency in pricing. I found the Art Miami show to have a very solid roster of galleries with a semblance of sensible prices—and actual price lists! Price labels on the walls and even a few red dots were evident at satellite fairs Untitled, Scope and NADA, where emerging artists were breathlessly touted by their dealers.

I talked with several Southern California gallerists about lack of transparency in pricing. They suggested that when it comes to the Art Basel Miami galleries, dealers desire to place their artists’ current work in significant collections. Therefore, much of the art work displayed at Art Basel is regarded as reserved for top collectors or art institutions, giving dealers the flexibility to tell unknown potential buyers the work is unavailable or sold.

The lack of pricing information and of red dots is becoming more common among many of the most prestigious Los Angeles galleries. There is a major gallery in Hollywood which has not posted prices and rarely maintains price lists since it opened almost two years ago. At glitzy receptions, you are told, “if you’re really interested,” you can talk to the gallery director directly—if you can peel her away from Johnny Depp.

The galleries attending the L.A. Art Show and Photo LA shows in January, for the most part, did a good job of labeling art with prices and maintaining price lists. One of the Photo LA dealers used actual retail price tags, perhaps a tongue-in-cheek gesture.

There are state and local laws, including California, concerning the labeling of retail prices on consumer goods, especially grocery sales. But consumer-pricing rules are almost never enforced against art galleries. New York City has a “truth in pricing” law, which requires items for sale to have price tags displayed. However, it appears that the ordinance has only been applied against art galleries a handful of times in recent years and the fines associated with enforcement are miniscule.

I don’t believe that labeling laws need to be expanded to art galleries: enforcement would be problematical and offering an art work for sale is not the equivalent of selling a loaf of bread. But I do believe art fairs should require dealers to make price lists available to customers for works they display. It’s ludicrous to pretend Art Basel Miami is a highbrow art exhibition. It’s a business in which millions of dollars turns over.

Regardless of regulations, it’s still a better business practice for galleries to post prices on wall labels, or at the very least maintain written price lists at gallery shows and at art fairs. It’s not a good idea to intimidate potential gallery clients. Also, it can help to prevent issues over pricing. Disputes can arise where a collector who purchased an artwork that was not openly priced speaks with another collector who says he was offered a lower price by the same dealer. Openness in pricing will lessen the chances of legal actions against galleries.

A recent lawsuit concerning alleged lack of price transparency between billionaire Ronald Perelman and über-gallerist Larry Gagosian was recently decided in Gagosian’s favor. That case, concerning a dispute over the secondary market sale of a multi-million dollar Cy Twombly painting, may be the subject of a future column examining legal issues within the resale market.

Crowd attendance at Art Basel Miami was at record levels. The press was informed that virtually 100% of galleries re-upped from the year before. That is probably the strongest indication that the art business is doing better than ever. However, Art Basel Miami is not an art exhibition and the Miami Beach Convention Center is no art museum. The top galleries in the world should set a good example for price transparency, but many of them are doing just the opposite. It’s high time for these dealers to come back down to Earth and stop pretending that the art world is not a commercial enterprise.