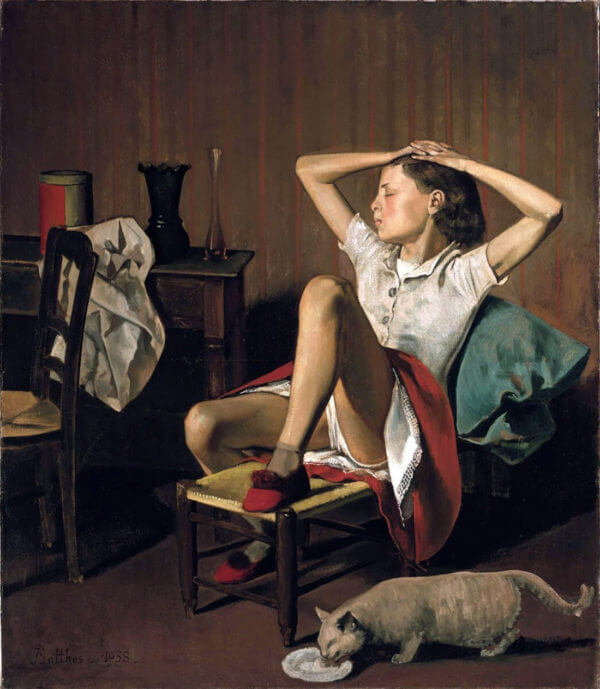 Censorship of art must always bear a high burden—especially after an entire generation of work was nearly destroyed by the Nazis’ war on Modern Art (which they labeled “degenerate art”), involving confiscation of thousands of artworks, including those of Beckmann, Kirchner, and Picasso in the 1930s (which I have examined in a previous “Art Brief” column).

Several American art museums were embroiled in censorship controversies over the last year. Tactics of the objectors now routinely includes use of online petitions to ban “disturbing” works.

Balthus (Balthasar Klossowski) was one of the truly great artists of the 20th century and many of his seminal works are in New York museums, including The Street (1933) at MoMA, a master class in balance and composition, and The Mountain (1937) at the Met, noteworthy for creating a mysterious self-contained world.

However, it is another Balthus painting at the Met that received unwanted attention in the form of the online petition to ban it—Therese Dreaming (1938)—a masterwork of color composition. What makes the painting so controversial is its depiction of a pre-teen girl sitting in a chair with her eyes closed and her dress hiked up to expose her panties, daydreaming while her cat sips from a bowl.

Languorous girls and cats are images Balthus, who lived from 1908 until 2001, would return to paint numerous times. Clearly they were his favorite subjects: He called himself “The King of Cats.” His model, Therese, was a neighbor’s child. She and her brother were the subject of 11 Balthus paintings in the late ’30s. His somewhat suggestive depictions of pre-teen or early teenage girls have often raised eyebrows in the art world.

The petition asking that the Balthus painting come down commenced in November, 2017, and ultimately collected more than 500,000 signatures, claiming: “The Met is, perhaps unintentionally, supporting voyeurism and the objectification of children.” In a rebuttal statement rejecting the petition, the Met emphasized “respect for creative expression.” I have seen the painting several times since the Met acquired it in 1998 and I never thought of it as stimulating prurient interest. Instead, it is a stunning depiction of a child in a semi-dream state—a subconscious world that Balthus sought to invoke during the heyday of surrealism which infused his work in the 1930s. The Met was absolutely right to strongly reject the petition.

The officials overseeing the Guggenheim Museum’s important fall 2017 show, “Art in China after 1989,” just a few blocks from the Met, also had to contend with an online petition that called for the banning of artwork. The Guggenheim pulled three works before the show even opened, claiming there were numerous threats of violence in the wake of condemnation by animal rights activists, including PETA.

Sun Yuan and Peng Yu, Dogs That Cannot Touch Each Other, 2003

Clearly the most controversial work in the show, a video titled Dogs That Cannot Touch Each Other (2003) by two Chinese artists, depicts sets of pit bulls facing each other just inches apart on treadmills but held back by harnesses. The dogs get more distressed as the treadmills speed up. The video is disturbing, no question.

Another video, A Case Study of Transference (1994) by artist Xu Bing, involved boars tattooed with Chinese lettering mating in a pen while a bemused crowd watched. The third controversial work, Theatre of the World (the subtitle of the Guggenheim show) by Huang Yong Ping, displayed a large case enclosing hundreds of insects and reptiles that consume each other.

Despite the controversy, the Guggenheim should have weathered the storm. The video of the dogs may actually raise awareness of the cruelty of the underground dogfight culture and, as for reptiles eating insects—any child with a home terrarium of turtles or chameleons has fed them insects—often alive.

In May, 2017, Los Angeles artist Sam Durant voluntarily agreed to self-censor by removing a replica of a gallows he had erected in the sculpture garden at the Walker Gallery in Minneapolis. The work was part of a group of constructions of execution tableaus by Durant, including the John Brown gallows. Scaffold was a recreation of the horrific structure that was used to execute 38 members of the Dakota tribe in the 19th century by the U.S. military—thought to be the largest mass execution conducted in U.S. history.

The Durant construction was on sacred Dakota land and the Dakota people organized protests. After meeting with leaders of the tribe in a ceremonial circle mediation session, Durant agreed to take the work down, even after the National Coalition Against Censorship offered to intervene on his behalf. 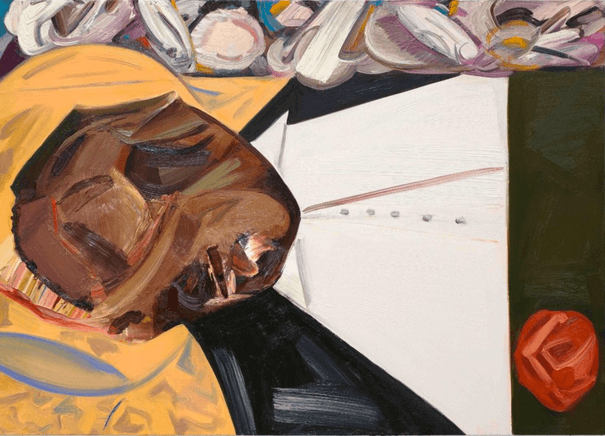 Another New York City art institution, The Whitney Museum, was embroiled in a controversy during the Spring 2017 Whitney Biennial, when a painting of the murdered African-American teenager Emmett Till by white artist Dana Schutz, Open Casket (2016), was included in the show. Till was lynched in 1955 in Mississippi after a white woman claimed he whistled and leered at her. The shocking painting relied on a contemporaneous photo of Till’s open casket which showed his mutilated face. The painting disturbed many viewers at the Whitney, and an African-American artist conducted a vigil—standing in front of it to block the view. In reaction to the protests, Schutz said she would never sell the painting. The Whitney refused to yield, releasing a statement that it fit in with many of the works in the show focusing on racial, economic, and cultural violence.

The Durant and Schutz controversies raise the question of whether a non-minority artist can legitimately portray the subject of violence inflicted on members of a racial minority. I don’t agree that African Americans are the only artists that are entitled to depict the horrific treatment of African Americans at the hands of white racists. Probably no artist has invoked the Holocaust more poignantly than German artist Anselm Kiefer, whose paintings of empty barracks and scorched earth speak volumes about the loss of millions of Jews and other minorities in the death camps during the Nazi madness. Few critics have suggested that Kiefer, raised Catholic, refrain from the subject because he is not Jewish.

As David Hockney once told me, “True art should be revolutionary.” The real issue with the Schutz, Durant, Balthus works and those of the Chinese artists is that their subjects shock and provoke and make people uneasy.