Mr. Goldberg has been admitted to practice law both in California and New York. Mr. Goldberg focuses on entertainment and business law with an emphasis on business transactions and general litigation. 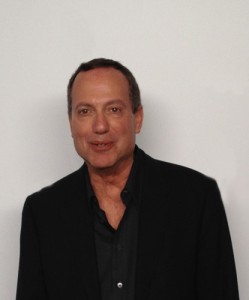 Mr. Goldberg was admitted to the State Bars of California and New York. He obtained his B.A. degree with high honors from Colgate University and his J.D. from Albany Law School, Union University. He has been admitted to practice in the U.S. District Courts for the Central District of California and the Southern District of New York and the state courts of California. He is a current or past member of the Beverly Hills Bar Association (Entertainment Section) and the Los Angeles County Bar Association.

Mr. Goldberg has been in private practice for more than ten years. After being admitted to the bar in California, he was a trial lawyer for two years with the Los Angeles Public Defenders Office. He spent five years as an in-house corporate counsel for a Fortune 500 corporation. He was an in-house counsel for a major studio, a production company, and a cable television company. He also personally owned and managed small businesses providing him with a hands-on knowledge of the daily concerns and needs of business people.

In his private practice, Mr. Goldberg has represented a considerable number of independent film production companies and film and television producers, small businesses, and individuals. He represents his clients both with regard to their transactional business needs and in litigation matters. As a former business owner himself, he is known for his practical advice and advocacy for small business owners who wish to form or expand their businesses.

With an extensive background in entertainment law, particularly, the independent film business, he has a comprehensive understanding of the legal and business concerns of film producers, writers, and actors.

He also has represented or currently represents restaurants and nightclubs, surgeons and physicians, fine artists and art galleries, and individuals in the video gaming industry.

“I have long time clients who appreciate a lawyer who takes the time to handle every aspect of their legal needs. I return each of my client’s phone calls and emails within twenty-four hours. Unlike most lawyers I actually know what it’s like to run a small business, having personally owned and managed small businesses. I also know what a producer goes through, having had first-hand experience as an executive producer.

Unlike many lawyers, I understand the client’s bigger picture, not just the immediate legal issue at hand. It’s important to have three hundred and sixty degrees vision when it comes to each contract negotiated and how it fits into the totality of the client’s business needs. As a seasoned litigator, I’m able to spot potential areas of contention to avoid disputes when negotiating and drafting contracts.

I have wide-ranging in-depth experience in many areas of litigation and I do not shy away from filing lawsuits and prosecuting them right through trial by judge or jury. I have had positive outcomes while facing even large national law firms on the opposing side of the lawsuit.”